On April 10, 1956, Mabel Bryan Morriss, secretary-treasurer of Bowie-Cass Electric Cooperative handed a check for $175,000 to REA Administrator Archer Nelsen in Washington, D.C. The check was an advance payment of $121,689.70 which pays off six years ahead of schedule the co-op's first two loans.

The additional $53,310.30 paid a year's payments in advance on all other outstanding notes. The co-op had previously been $81,973.54 ahead on loan payments. Many co-ops in the country have paid notes in advance, but for Bowie-Cass there was a special satisfaction in the mammoth payment and for Mrs. Morriss it was a personal triumph.

The slight, pleasant East Texas lady with limitless hope for the future and belief in her fellow East Texans brought the Douglassville co-op into being almost single-handedly, braving numerous condemnations of the project as "economically unfeasible." A few years back when employees and members of Bowie-Cass Electric Cooperative were asked about the organizing of the co-op, they would reply, "Ask Mabel Bryan Morriss. She did it."

It all started one warm night in May 1935, as Mabel Bryan Morriss read the latest issue of the Atlanta Citizens-Journal. If she hadn't been too interested in the story about the new-born Rural Electrification Administration and its offer to finance electricity for everybody who could qualify, Mrs. Morriss could have heard the whispers from other pioneers about the obstacles to be encountered along unblazed trails, and the heartaches and rebuffs that go hand in hand with the challenge of leadership. 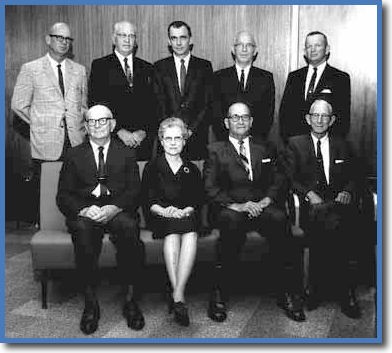 But Mabel Bryan Morriss had to learn the hardships for herself as she drove the back roads for endless miles and talked electrification for endless hours in an effort to bring electricity to Cass County.

After a summer of discussion, Mrs. Morriss wrote the first letter requesting information about rural electrification on October 25, 1935. This first inquiry was directed to the Works Projects Administration chief in Marshall who wrote back referring her to the Rural Electrification Administration in Washington, D.C. Then began almost two years of dealings between Mrs. Morriss and REA officials. When she first asked REA assistance for electrification of the area from Douglassville and Marietta to the O'Farrell and Cornette communities, officials returned the verdict the project would never pay out and that the area should join with Panola County in seeking aid.

"That's how much they knew about the area they were turning down," Mrs. Morriss would say. Since it was impossible for Cass and Panola counties to join forces because Marion and Harrison Counties lay between them, Mrs. Morriss and delegations followed every lead, but no pattern had yet been set up for procedure and much energy was wasted in attempts to find the proper channels.

A request for assistance from Texas A&M College brought the response that they could give no advice until the loan had been approved. During this period Morris County, which adjoins Cass to the west, requested to be included in the first loan when it should be approved.

Pleas from the delegations to the REA for information as to why the project was classified "financially unfeasible" brought the reply that the area was "sub-marginal" and that the people had no reliable year-round income. REA claimed its information came from the Department of Agriculture. Even the Cass County Agent was bitterly opposed to the project.

Mrs. Morriss discovered that as she held meetings to interest the people in electricity, she was followed by the county agent who met with the people and told them, "If you listen to her she'll have you thinking you can plow with electricity!"

Possibly some of the adverse information given REA by the Department of Agriculture could have come from the same source, for soon after the project was approved, the county agent resigned and left the area. This is one of the few cases on record where the county agent was not one of the organizers of the co-op, and the only case to our knowledge that he was not at least in favor of rural electrification. 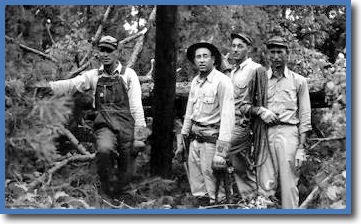 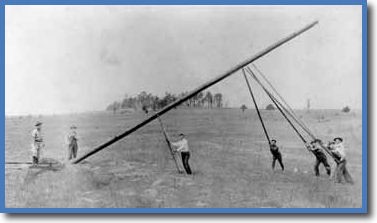 The first real break came when REA sent a representative to visit the area of the proposed project. It was as if lightning had struck Cass County when the fiery little Scotsman exploded at Mrs. Morriss, "You haven't done anything! If you don't get some information in within a week your project is dead!"

Until that time, Mrs. Morriss had been given no instruction as to what information was needed and therefore had sent primarily descriptive material. Now she had something to go on. Within the all-important week she had statements from every banker in the project area that the farmers of Bowie, Cass, and Morris Counties had bank accounts, year-round income from milk and other farm products besides corn and cotton and could pay for electricity.

She traveled every road in the two counties and, together with her husband signed up the required three people per mile. With the week she had the bankers' statements and applications in Washington. On the basis of these, John Carmody approved the project in August 1937, but his reservations were far from resolved, for he commented even while approving, "I know this thing will never pay out, but this is the only way to get that woman off our necks!"

After the first loan was approved, the incorporators obtained permission to cut twelve practically unsettled miles of Cass County and join small Morris County, which was more densely populated and had requested to come in on the first loan. The three counties gave the co-op the name, M-B-C Electric Cooperative.

On October 6, the articles were filed with the Secretary of State of Texas and with one change the charter was issued. According to law the co-op had to have a name instead of initials and the name Bowie-Cass was substituted inasmuch as those counties had been the original territories.

On October 11, 1937, the incorporators met to adopt by-laws, consider membership applications, elect officers, and complete organization. It was decided that annual meetings were to be held on the second Tuesday of October at 3 p.m. James H. Simms was elected president; Mabel Bryan Morriss was elected secretary-treasurer; and T.C. Lyster was elected vice president.

It was at this meeting that Mr. Simms said, "I think the office ought to be in Douglassville. We owe that much to Mrs. Morriss." The first office was set up in a tiny frame building on the front of the Morriss lot, right in front of Mrs. Morriss' home.

On October 18 William G. Morrison of Waco, friend to many co-ops was chosen engineer, and Will Thompson of Dallas was appointed counsel. The October 18 meeting also approve a salary of $100 plus three cents a mile, but not over $35 a month, to go to the "project superintendent" who was to be selected by the REA. The directors were to receive $3 a meeting and five cents a mile to and from meetings - providing that such reimbursement did not exceed $70 a month for the entire board.

A line 179 miles long was built and a first loan of $174,000 at 2.88 per cent interest was approved. The co-op had 678 members. On March 2, 1938, a special meeting was called to accept the resignation of Mabel Bryan Morriss and to elect a new director to fill the vacancy.

Other business on the agenda for that meeting as the appointing of a bookkeeper and the transaction of other business.

As unrelated as the items on that old agenda seem to the casual observer, they are the indicators of a period of stress for the co-op. The two applicants for the post of bookkeeper were Charles H. Griffin, a young man with highest recommendations and business school training who had the backing of Mrs. Morriss and several other members of the board, including President Simms. The other applicant was a young man with rather unenthusiastic recommendations, but with the support of the project superintendent who had surreptitiously written a disparaging letter to Washington concerning Griffin. The REA, in an effort to see the most reliable man chosen, sent a representative to oversee the selection, but the project manager met the representative at the train and considerably lessened her objectivity. At the meeting, objection was raised to Griffin because he was a remote relative to Mrs. Morriss, whereupon Mrs. Morriss resigned, H.S. Granberry was elected to the board and the majority approval went to Griffin.

As later events proved, they could hardly have chosen better, for Griffin not only was a superior employee of Bowie-Cass Electric Co-op, but went on to become the manager of an electric cooperative in Arkansas and the youngest manager in rural electrification at the time.

In July 1938, a special meeting was called to set a basic rate schedule and discuss the moving of the office to Naples because there was no phone available in Douglassville. The board decided against the move at this time since it was only a short time until a phone would be available, but the matter was far from dead.

In November James Simms died. T.C. Lyster replaced him as president and John B. Stevens, Jr., newly elected director from Titus County was chosen vice-president. As soon as election was complete, at the next meeting after Mr. Simms' death, the move to Naples was brought up again. This time it seemed that Douglassville was certain to lose the office, but Mrs. Morriss donated two acres of her own home site for a permanent office. Thus, not only Douglassville, but the co-op well profited from the controversy for Douglassville gained an industry and the co-op gained an ideal site.

In March 1939, Mrs. Morriss was re-elected to the board of directors of Bowie-Cass Electric Co-op. She watched the co-op double in size many times and become a healthy, financially sound system.

In the next five years, another three thousand members and one thousand miles of line were added to the system that the REA judged could never pay out. In the month of December, 1955, a total of 1,205,549 kilowatt-hours of power were used by 10,638 members who paid $48,139.98 for the service from the products of land that their government had classified "submarginal."

One of the first applications Mrs. Morriss garnered in the crucial week when Bowie-Cass' life hung in the balance was that of W.T. Hammock who pledged to use six lights, an iron, and a radio. How conservative this seems in today's world of wonder appliances, but how gratefully the application was received in that week when minutes counted in the future of Northeast Texas. 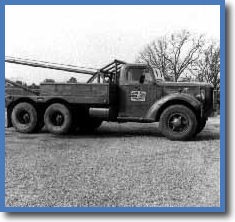 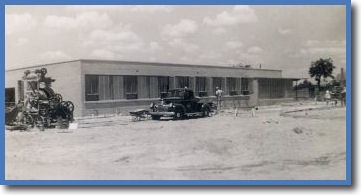 © 2022 Bowie Cass Electric Cooperative. All Rights Reserved
Site Map | Back to the Top